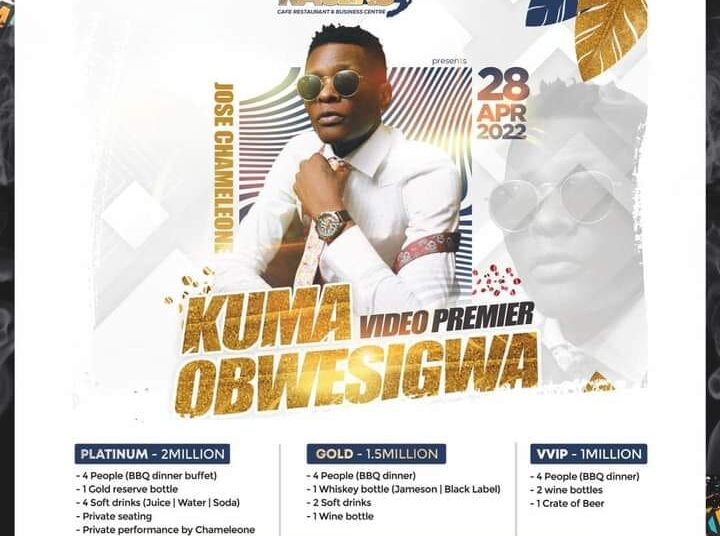 A few months ago, amazing music icon Jose Chameleone and his management agreed to make movies of some of his earlier masterpieces.

Chameleone and his trusty crew opted to begin with Kuuma Obwesigwa, a song that charted in the early 2000s but lacked visuals. The shoot began when the crew contacted renowned cameraman Frank Jah of Jah Live Films.

The visuals for Kuuma Obwesigwa are simple, and they also star Chameleone’s singing brothers, Weasel Manizo of the Good Lyf, and Pallaso, the reigning Zzina Awards Artist of the Year. The vixen chosen has some resemblance to his wife, Daniella Atim.

📣 Musiclyfer is now on Telegram. Click here to join our channel (@ugmusiclyfer) and stay updated with the latest music https://t.me/ugmusiclyfer

Frank Walusimbi calls it a day at NTV Uganda