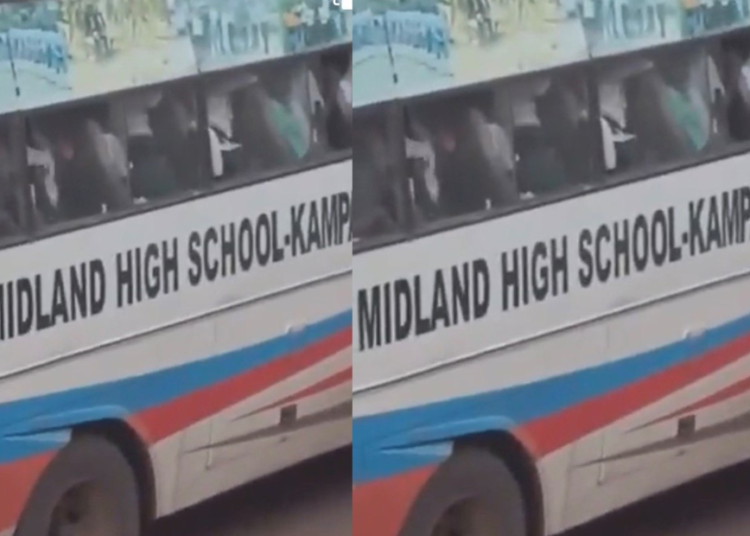 The internet was shocked and downhearted after a video of Lubiri students traveling in a Midland High School bus circulated on social media as they were recorded having lap dances.

In the short video, these female students were seen rubbing themselves onto their seated male counterparts and seemed to have been following the beat of the loud music played on the bus.

Several individuals on social media came out to criticize this act and asked for the Ministry of Education to look into this matter.

When the news broke out, both schools denied the misfortune however later Lubiri High School confessed that their students were going on an agriculture trip and were dancing to the good music that was playing on the bus.

In a statement shared through WhatsApp and dated June 12, 2022, Lubiri high school said they take a stand on the actions taken in the video to be just “a mere dance which is part of the school’s co-curriculum activities.”

“As Lubiri high school, however, we apologise to Midland high school where we hired the school bus and the public at large for the alleged misconduct,” the statement reads in part.