Sheeba is out with a new banger titled Nkwata Bulungi (Bailamos) just after the release of Mukama Yamba last month. Nkwata Bulungi by Sheebah Karungi was produced by Nash Wonder and mixed by Herbert Skillz

Bailamos is a Spanish word that simply means let’s dance and Tekero means ‘i want you’, and lastly ‘mía mor‘ means ‘my love’. So simply in Nkwata Bulungi song, Queen Karma was asking a guy to take part in a dance together as lovers. 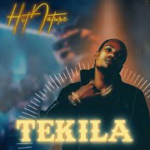