Uganda-born boxer Kassim Ouma ‘The Dream’ was born on the 12th of December in 1978, at Mulago hospital in Kampala. Ouma is one of the successful boxers in Uganda and the world at large. He holds the IBF junior middleweight title from 2004 to 2005 and has been challenged twice for a world middleweight title in 2006 and 2011.

Ouma was born into poverty, and at the younger age of six, he was kidnapped and forced to join the National Resistance Army as ‘Kadogo’ and consequently did not see his family for five years. Ouma is the 7th of 13 children, which include 7 brothers and 5 sisters. Only 4 brothers are still alive.

Kassim Ouma’s net worth is estimated around $1.5M and has made such an amount of wealth from his primary career as Boxer. 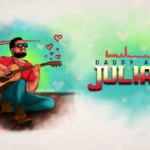