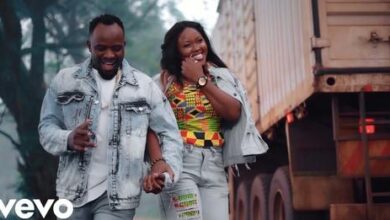 David Lutalo is back again and set to close the year 2021 with a banger as usual. The talented singer has released a brand new song dubbed Kabisi Ka Ndagala, another love story he has told.

The singer had only released a song this year and many of his fans were wondering whether he forgot about them. But yes what, he was in the studio recording Kabisi Ka Ndagala, and with no doubt, it will top the charts.

The song drops with its video which was shot by his long-term video maker NG of Nolton and George films. The audio is produced by Yaled and mastered by Double Kick.

Check out this amazing brand new single + the Lyrics of the song and the official music video titled Kabisi Ka Ndagala mp3 by a renowned music love doctor, David Lutalo.