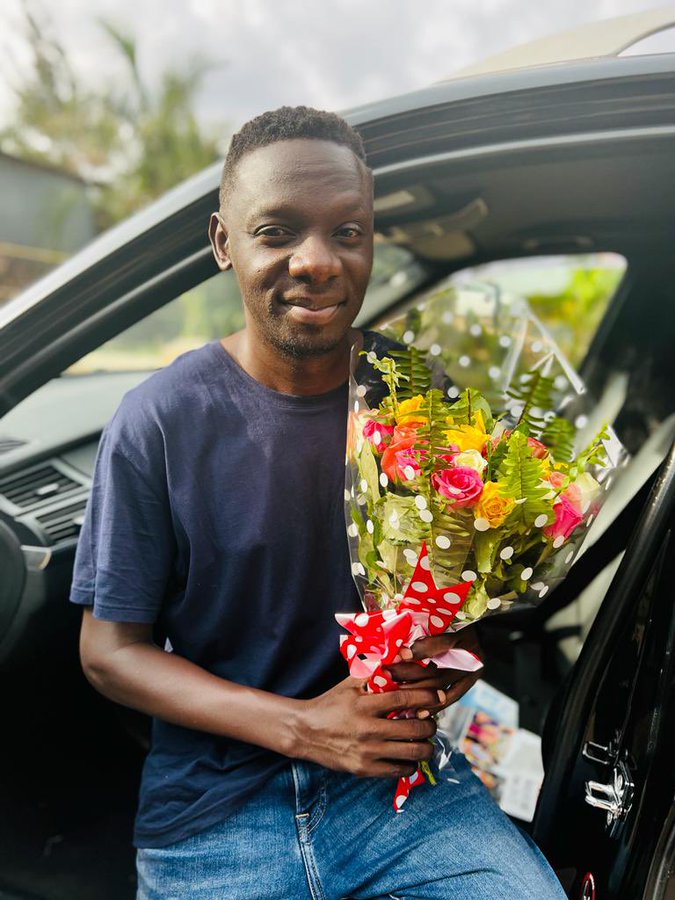 Celebrity Pastor Wilson Bugembe has grown tired of keeping exciting news about his newfound love to himself that he has finally shared his intentions of getting married.

On Wednesday, the Worship House Pastor, famed for songs like Wanaza, Komawo eka, Miracle, Nkusabira nyo among others posted “I’m in love” on his socials holding a bouquet of flowers.

His fans who have been waiting too long for him to let the cat out of the bag quickly bombarded the comments section with congratulatory messages.

Last year, the internet went crazy after a photo of him and an unidentified lady went viral as she was showing off her engagement ring. It was the talk of town then, that Bugembe was getting married soon.

The ‘Komawo eka’ singer later disputed the gossip saying that she was just one of his many female friends.

But now it looks like all this was all true. Congrats to him.