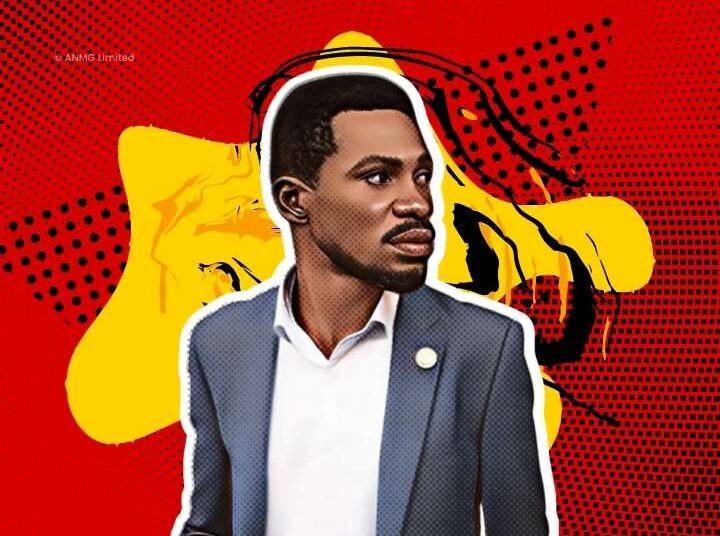 Robert Kyagulanyi, a.k.a. Bobi Wine, may have achieved international recognition as a politician in 2021 during the general elections in which he stood for Uganda’s most highly desired seat, but that is not the first time his name has crossed boundaries.

Before trying his hand at politics, Bobi Wine was one of East Africa’s biggest names in the music industry. His career in music, politics, and business has earned him immense wealth, and he is currently considered the East African artist with the highest net worth.

Let’s take a look at Bobi Wine’s impressive net worth and everything that has contributed to his massive wealth.

What is Bobi Wine’s net worth?

According to renowned American publication Forbes, Bobi Wine’s net worth in 2022 stands at around USD 7.3 million–this is equivalent to about UGX 28.4 billion hence ranked among the top richest in Africa and the richest in East Africa.

The net worth is a total of all Bobi Wine’s assets minus his liabilities, or what he owes.

Unlike many millionaires in Uganda who either inherited their wealth from their rich parents or used dishonest means to get their money, Bobi Wine is believed to have accumulated his wealth through hard work and smart investments. Let’s all agree that at least we’ve heard about his “selling grasshoppers at 10” story at least once.

Bobi Wine has several revenue streams that have contributed to his net worth. We will look at each of his sources of livelihood and how he earns from them. He normaly talks about how he gets his money from farming, piggery, real estate development programs, hardware shops in Kamwokya.

His music has been characterized as reggae, dance hall, and afrobeat, often with a socially conscious message.

Under his record label FireBase Records in Kamwokya with artists like Zex, Nubian Li, and others, Bobi Wine is one of the most followed celebrities in Uganda.

As a musician, Bobi Wine earns royalties and licensing fees for his music, and streams as he also gets paid for live performances.

In addition to that, his song ‘Kiwani’ was used as a soundtrack in the 2016 Disney movie ‘Queen of Kitwe,’ so he earned some big dollars from that.

As an actor, Bobi Wine has starred in a number of movies including Cleopatra Koheirwe’s drama films like ‘Yogera‘ back in 2010, ‘Divizionz‘ and ‘Situka‘ starring alongside Hellen Lukoma.

Through his exposure to acting, Bobi Wine later became the first celebrity in Uganda to have his own TV reality show which aired for two years on Bukedde TV Station.

Bobi Wine announced his candidacy for parliament in an upcoming by-election for the Kyaddondo East Constituency in 2016 which he won by a wide margin, beating both the National Resistance Movement (NRM) candidate (Sitenda Sebalu) and Apollo Kantinti of the main opposition party Forum for Democratic Change (FDC).

The average monthly salary for an MP is around $8,715, not to mention the numerous allowances they get. Bobi Wine currently serves as the National Unity Platform party leader, where he earns a token of appreciation every month.

On 24 July 2019, Kyagulanyi formally announced his bid to run for President in the 2021 general election where he lost to the incumbent Yoweri Kaguta Museveni, a result of which Kyagulanyi and a large section of the public strongly disputed.

Besides his successful political and music career, Bobi Wine is also an astute businessman who started trading way before becoming a musician. As a young man in Kamwokya Slum, Bobi used to sell random things like CDs.

Right now, Bobi Wine is a significant player in the transport industry, where he owns a fleet of taxis and motorbikes. He also owns a recording label, just to mention a few.

Bobi Wine’s fleet of yachts is claimed to net him millions of dollars per day as wealthy men and ladies flock to his Busaabala beach establishment to experience the life they only see in movies.

He charges over Ushs 4M for a four-hour sail on the lake, according to reliable sources. The official and acceptable clothing code on the yacht, according to reports, is all “white everything,” a style supposed to radiate elegance, money, and living life large.

Some of Bobi Wine’s enviable assets that contribute largely to his net worth include large tracts of land in prime locations, a private beach in Busabala, several houses, boats, and a fleet of luxury cars.

Let’s take a look at his palace and cars briefly.

As the wealthiest musician in East Africa, Bobi Wine drives like royalty. His garage has only the latest models of expensive luxury machines, including:

Along with driving like a king, Bobi Wine also lives like a king in a modern-day palace that is located on the outskirts of Kampala in Magere.

The mansion sits on a 10-acre piece of land, and it cost around UGX 400 million at the time of acquisition.

Is Bobi Wine the richest musician in Africa?

Bobi Wine is among the top twenty wealthiest musicians in Africa. He is currently the richest musician in Uganda as well as the whole of East Africa.

Other Ugandan musicians with impressive net worth include Jose Chameleone and Eddy Kenzo.

Juliet Zawedde’s Biography And Music in 2022