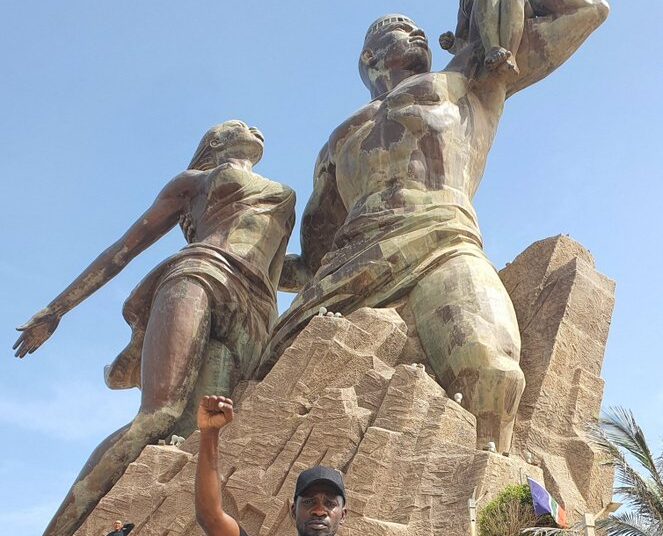 Ugandan singer-turned-politician Robert Kyagulanyi, better known as Bobi Wine yesterday visited Dakar in Senegal and delivered many remarks to over 300 young leaders who gathered in the city.

In this article, we bring you his full speech at the event.

“Thank you IFLRY and FNF for inviting me to speak at this very important event. I thank the people of Senegal for hosting us in this beautiful country.”

“I want, in a very special way, to appreciate FNF Africa and indeed FNF everywhere in the world for the support and partnership they continue to extend to political parties and organisations working to promote liberal values.”

“Without this support, we probably would be seeing more dark spots around the world, so thank you FNF leadership and staff for the great work and support.”

My name is Kyagulanyi Ssentamu Robert, popularly known by my stage name Bobi Wine. I am the leader of the National Unity Platform political party in Uganda, as well as the People Power Movement.

The People Power Movement was founded four years ago to try and push for change in our country Uganda. We are a progressive Movement committed to individual rights, civic liberties, and democratic governance.

Let me use this opportunity to teach you our slogan, when I say People Power, you say Our Power.

As a musician, I am also the leader of the Fire Base Entertainment Crew. I am very delighted to be here speaking to young leaders and activists from all over the world- leaders who are committed to liberal values.

I can see such a yearning for these values which we share, in all of you.

Those who predict doom for this generation are in for surprise. They will soon realise, that the young people are re-converging, and they are committed to making the world a better place.”

Ladies and gentlemen, these past few years, liberal values have come under attack. There has been a deliberate, sustained attack against democracy, human rights, and the rule of law.

We meet at a time when the world’s autocrats and dictators, scattered across different continents, are getting emboldened to carry out the most despicable actions against their citizens.

We meet at a time when young political activists are being tortured or detained for simply speaking out to the powers that be.

We meet at a time when with a mere switch on the board, social media is switched off by governments during elections or protests to simply silence the voice of the citizens.

We meet at a time when several of the countries which used to defend democracy and the rule of law are taking a leap backward.

We meet at a time when corruption in most of o/imur countries is the official government policy. Where the corrupt are the true heroes and the incorruptible are villains.

Friends, we meet at a time when more writers, poets, and activist musicians are fleeing to exile, running away from governments that are unwilling to be criticised or chastised.

We meet at a time when the influx of refugees escaping war and hunger, be it in Ukraine or the DRC is very disturbing.

We meet at a time when in most of our countries, the gap between the poor and the rich is getting ever bigger, not just because of the hard work or enterprising spirit of the rich, but because of corrupt systems which close so many people out of production and leave it for a few.

While I speak about this from a general view, for me this is a lived experience. I was born 40 years ago in Central Uganda. I grew up in the slums of Kampala and decided to become a musician. At 17 years of age, I was already a household name in Uganda- my music was being played everywhere. But what was I singing about? It was mostly about girls, love, and money. At the height of my fame and wealth, I was slapped into reality when a young armed man at a nightclub battered me for showing off a new Escalade vehicle.

His statement, “Don’t you know that this country has owners” shoved me into the reality that no matter how hard I worked, as long as the rule of law is absent, I was always a potential victim of the misrule. And so from this unfortunate event, I was woken up to the reality. And almost immediately, my music changed. I started singing about social justice. In 2017 when I became a member of Parliament, this music played a big role in galvanising our people for change. Gen. Museveni, who has been ruling our country since 1986 decided that it was time to act. I survived an assassination attempt but my driver did not. I was tortured and held under military detention for several days.

Fast forward, our message for change did not stop. They killed several of our supporters in the process and imprisoned others, but our people continued organising and mobilising. When I declared that I was challenging Museveni in the 2021 election, the regime was engulfed by fear. They used COVID-19 as an excuse to ban campaign meetings. What followed was hell. Those of you who followed our campaign will remember the grave images from Uganda. After shooting several members of my campaign team, I resorted to wearing a bulletproof vest on the campaign trail. Between November 18th and 19th 2020, a few weeks before the election, over 150 of our supporters and comrades were shot down in Kampala and neighboring districts.

Their crime was protesting against the regime for getting me off the campaign trail and detaining me while General Museveni was going around holding rallies and meetings. Young women, school children, market vendors, teachers, etc were shot and killed in cold blood. To date, not even one of their murderers has been brought to justice.

Scared to his teeth, Museveni switched off the internet, blocked international election observers, and arrested my entire campaign team. I have traveled with one of my friends and singing partner Nubian Li who spent six months in jail. I was placed under house arrest, and thousands of young men and women were picked up in the dead of the night and taken to torture chambers. Many of them have never been seen again. I had to take my children out of the country after getting credible information of intentions to abduct them, and that was not the first time they were being targeted.

What followed was what I like to call the most rigged election in history. They simply read out figures and announced Museveni winner without any basis.

I am giving you this experience not to project myself as a victim, but to make one point. The struggle for freedom and democracy is not an easy one. Like Nelson Mandela told us, “There is no easy walk to freedom anywhere in the world.” It is a struggle of good against evil and as you know, those who benefit from evil are never willing to go down without a fight.

I am glad to note that even when we meet at a time when many things are going wrong, there are many things going right.

The resilience of the people of Ukraine is an example. Amidst the shelling and constant bombings, many of them are showing extraordinary strength.

Young people all over the world are courageously protesting against injustice.

The young people who are designing apps to bypass repressive bans on social media. Those who are inventing new measures of community across borders. In the face of very difficult odds, we have big-time champions and I believe some of them are in this room.

1. Those of us who are interested in promoting liberal values must learn to work as hard as those who are committed to destroying them. I have seen no autocrat who does not work hard, and yet, unfortunately, those who are interested in the democratic rule are often times not willing to burn the midnight candle to promote these cherished values. So I implore you, friends, that it should go beyond attending conferences as speaking good English or French. Let’s invest time in organisation, civic education, and in mobilisation. I salute those of you who are doing this- let us double our efforts. Let’s organise, organise and organise.

2. Secondly, let us remain optimistic. Many times, the future looks bleak and dark. There are many times when one feels like giving up, but historical events such as the triumph of anti-colonial forces, the fall of the Berlin Wall, and the several victories of democratic forces all over the world assure us that it is possible and it will be possible to triumph. Earlier today at Goree Islands, I was able for the first time to move in and out of the door of no return. Slavery came down. This gives hope. It is never the rise and rise of despots. It is always the rise and fall. If we do what we must, the future will be on our side.