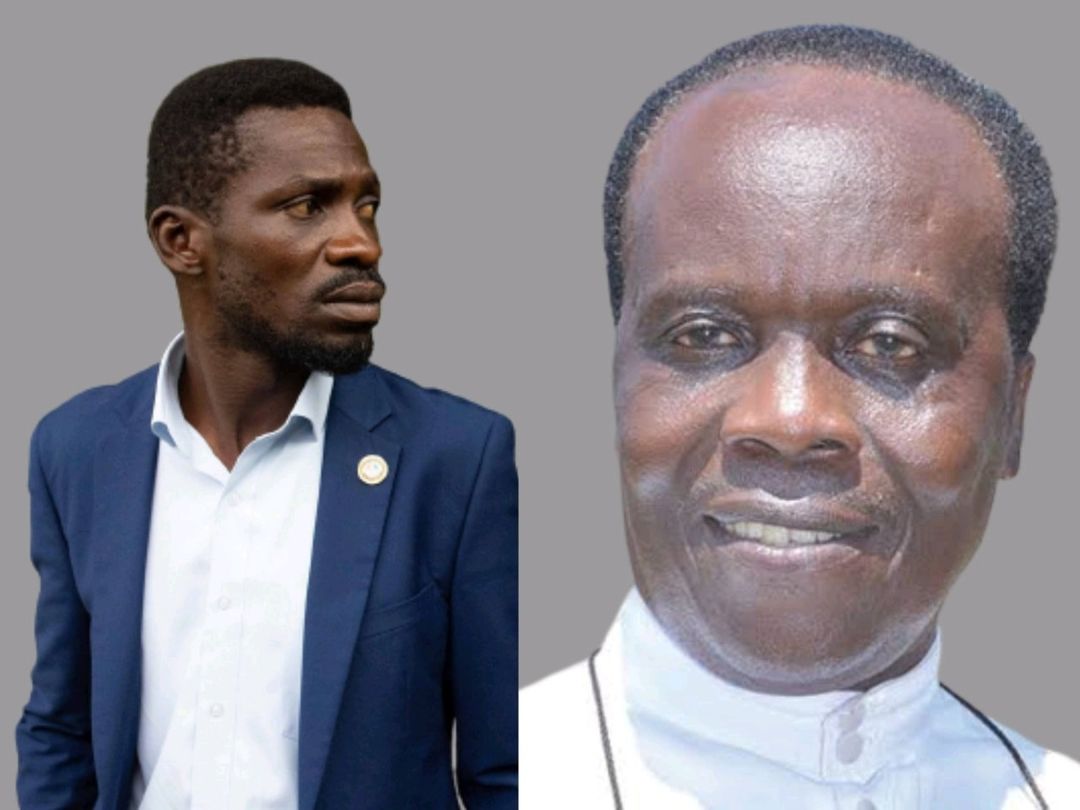 Last month news made headlines in Uganda on how Bobi Wine’s elder son Solomon Kampala had been caught with drugs and a lighter in his suitcase and subsequently suspended from school for two weeks to serve his punishment. However, if you remember very well it was the headteacher of the school Brother Deodati Aliganyira who was quoted confirming the reports to media, and Bobi Wine never said a word on the issue as a parent for reasons better known to him.

In yesterday’s parent’s meeting (PTA) which took place at St. Mary’s College Kisubi, Bobi Wine used the chance given to him during the questions session and poured out his heart to the headteacher and the entire school administration which he says stooped too low in targeting and victimizing his son over unfounded claims which they failed to provide evidence to.

Bobi Wine, who says he’s not an OB of SMACK but his late father and grandfather are is terribly not happy with the school in particular Brother Deodati Aliganyira who opted to take his son’s issues to the media. He further says his son was blocked from standing for an elective post because he is not a sharp student and also a celebrity student which puts his opponents in unfair competition. He says even as a parent he had equally been subjected to stigma by the school whose top management always prevailed on him to stay away from the school functions for fear that he will attract “unnecessary attention” to which he agreed to stick to by staying away but was appalled when the same headteacher spoke to the media justifying the two weeks suspension of his son from the school over Njaga claims.

It was during the same parent’s meeting that Bobi Wine revealed how the headteacher for reasons known to him “The reasons why I had come to that meeting because I had been informed by you Mr. Head master that my child had been found with drugs in this school when I asked the young man he said he would be ready to take all the responsibility and repercussions but he mentioned that the dormitory is filled with CCTV cameras all over, he challenged the disciplinary committee Mr. Headmaster that if they provide the footage, he was ready to take every kind of punishment, incidentally when the school administration checked, the camera had been disconnected a day before”- said Kyagulanyi as parents cheered him up

“It was your submission Mr. Headmaster that yes you did not have any facts in the presence of my wife, the deputy headteacher and the school lawyer that indeed you didn’t have facts that that boy was not being set up, however, you requested us to understand and agree on a mutual ground it would have been double standards if my son was not suspended yet others are suspended even when there were no core facts, in the face, the young man was neither guilty nor innocent according to you and was there in between we submit to that for the good of the school”- Said Bobi Wine.

Bobi Wine’s revelations have instead raised eye blows on St Mary’s College Kisubi one of the best catholic schools on how it handles matters with such disturbing happenings and in the end, Bobi Wine demanded an apology from the headteacher for soiling his name and that of his son.“It was therefore very unfortunate that after those two weeks even when that young man was innocent for as far as evidence is concerned it was quoted that the headmaster of SMACK gave an interview confirming that my son was found with drugs, that was damaging the future of my son, it was damaging to my personality “- Bobi Wine bitterly hit at the headteacher